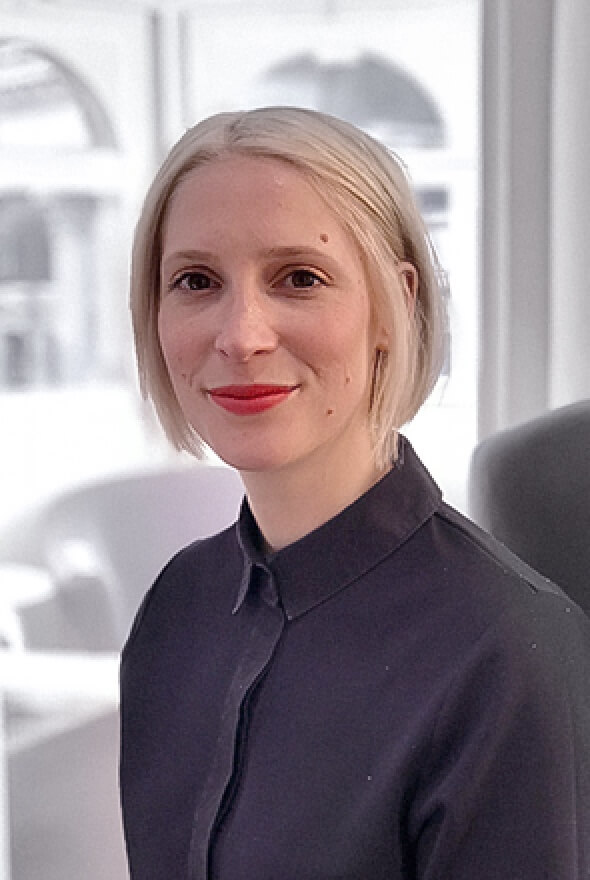 back to about
Sophie Green
Head of Acquisitions and Development

Sophie started her film career with producer Michael Kuhn, following a start in television with companies Tiger Aspect and Company Pictures. In 2009 she joined the Film/TV department of literary agency David Higham Associates to work alongside agent Nicky Lund. She then moved to Studiocanal joining the legal and business affairs team with a particular focus on acquisitions.

In 2016 Sophie joined WestEnd Films as Head of Acquisitions and Development. There she backed a slate of films including Agnieszka Holland’s GARETH JONES starring James Norton and Vanessa Kirby, Sophie Fiennes’ GRACE JONES: BLOODLIGHT AND BAMI, haunted-house horror THE BANISHING to be directed by Chris Smith, and Vicky Jewson’s CLOSE starring Noomi Rapace which was recently picked up by Netflix.

Throughout her career Sophie has worked across acquisition and business affairs for titles such as CAROL, Studio Ghibli’s THE WIND RISES, ROOM, SONG OF THE SEA, FREE FIRE and Simon Baker’s directorial debut BREATH.

Sophie joined Bankside Films as Head of Acquisitions and Development ahead of Cannes 2018.